» To the Short Intro

As long as our own life is a mystery, the riddles of the universe will remain a mystery. Cosmology, a description of existence in its entirety, deals therefore with ourselves and the very prerequisites for our existence. The motto for this world picture is "Know yourself, and you know the whole universe".

The universe is a living being

A central thought in Martinus' view of the universe is that it is living and thinking. The universe is an organic whole consisting of living beings all working as one. All living beings together constitute one all-embracing living being. Through religion, we come to know this all-embracing living being by the term "God". The whole of existence, all of life, is an indivisible unit. Through a law-bound interplay the capacity to live in perfect harmony with everyone will gradually be developed. We will eventually attain cosmic consciousness. We will become "one with life". We will fulfil the laws of life, and love our neighbour as ourselves.

No religion, no membership

Martinus Cosmology is not a religion. One cannot become a member of Martinus Cosmology. Cosmology describes the whole of existence. Everyone and everything is from the outset a member of this whole. Martinus does not wish to gather a flock of blindly believing converts around his work. He does not want us to believe what he has written. He prefers us to find out from our own personal experiences if what he writes is in accordance with reality.

Martinus does not dictate any particular moral standard. He shows how life itself inscribes a higher moral standard in our hearts and brains. Martinus created a spiritual science to point out, by means of analyses, the basic conditions for the existence of life. The truth is universal or cosmic.

A cosmic view of life

In his works, Martinus introduces a new view of life, a cosmic view of life. Our present short physical life on Earth is seen in the context of cosmic evolution. Life is eternal. In order to understand it we must see it in an eternal perspective.

From animal to real human being

From an evolutionary point of view, Man is a highly developed animal. This has long been widely accepted. What is new in the thoughts about evolution presented by Martinus is that we as individuals personally take part in the entire evolutionary process. We are transitional beings, partly animal and partly human beings. We are sphinx-beings. Our selfish tendencies stem from the struggle for existence in the animal kingdom. There they were necessity, even a virtue. But today this is not the case. Today the innate animal tendencies threaten the entire existence of humankind. During evolution selfishness has become an automatic characteristic, which unconsciously directs our actions towards goals that are primarily for our own benefit. In our soul, a struggle is going on between our previous animal mentality and our dawning human consciousness. Our cosmic destiny is to become citizens of the real human kingdom. The basis of life there is unselfishness and perfect neighbourly love.

We create our own fate

Why do people experience so many different kinds of fate? Why is there so much suffering for which we are apparently not to blame? As long as we are "blind to the fact of eternity", we will not see the more profound causes of our fate. We are not conscious that our present physical life is a link in a greater plan - indeed, is a continuation of en eternally progressing evolutionary process. So we do not see that our present life is a consequence of our own way of thinking and behaving. In the same way we see that our thoughts and actions today create a pattern of fate that we will experience in future lives.

Martinus analyses the eternal structure of life and says that death does not exist. Around us, we see instruments and organisms, not life itself. The instruments are continuously renewed, built up and broken down. The source, life itself, goes on eternally.

We have physical instruments and spiritual instruments. We live in two worlds, a physical one and a spiritual one. We are as yet conscious in merely the physical. Our fate is therefore a mystery. According to Martinus, we create our own fate. What we think and what we do decide it. Our fate, the future, lies in our own hands. In our innermost selves there are dormant powers waiting to be used.

The purpose of suffering

Have the sufferings of the world any purpose? Yes. According to Martinus suffering has an important mission. It changes us and gradually creates in us a capacity for sympathy and humaneness. Suffering is the unavoidable consequence of practising the animal kingdom's law of life, "Every man for himself". To cause one's fallow beings suffering is an expression of ignorance of the law of fate: "Whatsoever a man soweth, that shall ha also reap". We do not know what we are doing. But since we reap what we sow, we learn to differentiate between good and evil. When we have attained this, the consequence will be that doing good will be our only way of manifesting ourselves.

Is there any justice in life?

It is important to have confidence that justice prevails in life. Society's juridical system is developing towards greater justice. According to Martinus the order in the universe itself guarantees the eternal laws of existence and the presence of justice in all the circumstances and events of life. As no one can experience anything other than the consequences of his own actions, no one can suffer unjustly. It is not our so-called enemies who are the ultimate causes of our sufferings. They are merely instruments for the returning effects of our own earlier actions, sometimes from previous lives. The "root of all evil" is in our innermost selves. According to Martinus, Man is unknowingly his own worst enemy. As we cannot experience suffering other than the suffering we have inflicted on others, we can begin to sense a higher justice behind everything.

Mankind's common goal for the future

All evolution is based upon universal, cosmic laws. Insight into these fundamental cosmic laws makes it possible to foresee humankind's common goal for the future. Just as day and night, summer and winter follow each other with absolute regularity, so mental light follows mental darkness, love follows hate. Evolution's cosmic goal for the earth is the creation of a global kingdom of peace. Evolution results in the realisation of the united states of the world and the creation of an international juridical system. In his cosmology, Martinus analyses the conditions necessary for the gradual development of a world state.

Such a world state, however, cannot be created by dictatorship but only through evolution. With his cosmic world picture based on logical analyses, Martinus shows that neighbourly love here on Earth is a consequence of a law-bound order in the universe. Neighbourly love is a harmonious combination of intelligence and feeling, a mental condition that is in perfect harmony with love, the basic note of the universe.

Martinus was a Danish writer. His collected works are entitled "The Third Testament". His main work is "The Third Testament - Livets Bog (The Book of Life)". "The Eternal World Picture" (four volumes) is a supplement to his main work. It contains coloured symbolic drawings, explanatory texts and explanatory texts illustrating and explaining the main principles of his cosmology. "Logic" is an introduction to "Livets Bog". He has written about 30 shorter works.

Martinus was born in 1890 in Sindal, a little railway town in the north of Jutland, Denmark and lived until he was ninety. The background for Martinus' work was the experience of e profound transformation of consciousness in March 1921. Martinus writes about this experience in the preface to "Livets Bog"

"The cosmic baptism of fire through which I had passed - the close analysis of which I cannot specify here - had thus left the fact that entirely new sensory abilities had been released in me, abilities which enabled me - not in glimpses - but on the contrary in a permanent state of awake day-consciousness - to apprehend all the main spiritual forces, invisible causes, eternal world laws, basic energies and basic principles behind the physical world. The mystery of existence was therefore no longer a mystery to me. I had become conscious in the life of the whole universe, and had been initiated into the 'divine principle of creation'."

This transformation of consciousness and ensuing new insight became the starting point for Martinus' work as a writer. He wrote from 1921 until his death in 1981.

The Martinus Institute in Frederiksberg, Copenhagen, published all of Martinus' books until the end of 1981 when Borgen's Publishers took over the republication of them in Danish. The institute houses teaching and administrative facilities and a bookshop. Lectures, courses and study circles are available there every winter.

The Martinus Centre was founded in 1935 at Klint on the northwest coast of Sjælland (Zealand) about 60 miles from Copenhagen. It can house about 200 guests in flats, rooms, wooden chalets and on the camping site of the centre. There are kitchen facilities in all flats and chalets; there is a vegetarian restaurant on site. The centre is visited mainly by Scandinavian guests. There is, however, an annual international 2-week summer course for English- and German-speaking people. There is also a limited teaching programme for non-Scandinavians during the spring and the autumn. The international language Esperanto is also taught at the centre. 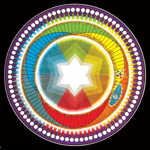 The Martinus Institute
The World Centre in Denmark